Willkommen-in-germany: Die Weisswurst is a traditional Bavarian sausage made from m… 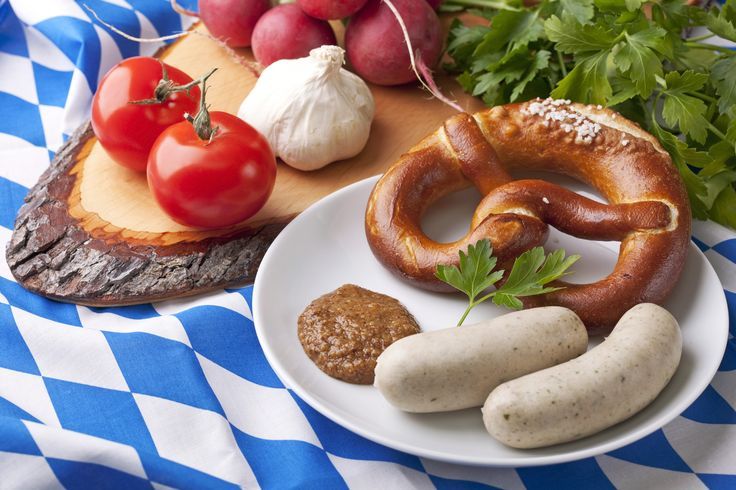 Willkommen-in-germany: Die Weisswurst is a traditional Bavarian sausage made from minced veal and pork back bacon, usually flavored with parsley, lemon, mace, onions, ginger, and cardamom. Weisswürste traditionally were manufactured early in the morning and eaten as a snack between breakfast and lunch – theres an old saying that fresh sausages should not hear the noon chime of the church bells. Traditionally, theyre only served until midday because preservatives are not used, the meat is not smoked, and hence the sausage is made fresh every day. In the past without refrigeration, this was the reason for the church bell saying but even today, these are preferably eaten fresh earlier in the day. Theyre heated in water (but not boiled) for about 10 mins, which will turn them white as no color-preserving nitrite is used. Theyre brought to the table in a big bowl in the hot water to stay warm and are eaten without the skin, together with Bavarian sweet mustard, Brezen (fresh pretzel), and Weissbier. Weisswurst, whose consumption is associated with Bayern (Bavaria), helped coin the humorous term “Weißwurstäquator” (“white sausage equator”), that delineates a cultural boundary, separating the linguistic, cultural, and culinary traditions of Bavaria and Southern Germany from the rest of the country.

Sharing is Caring, Do It!